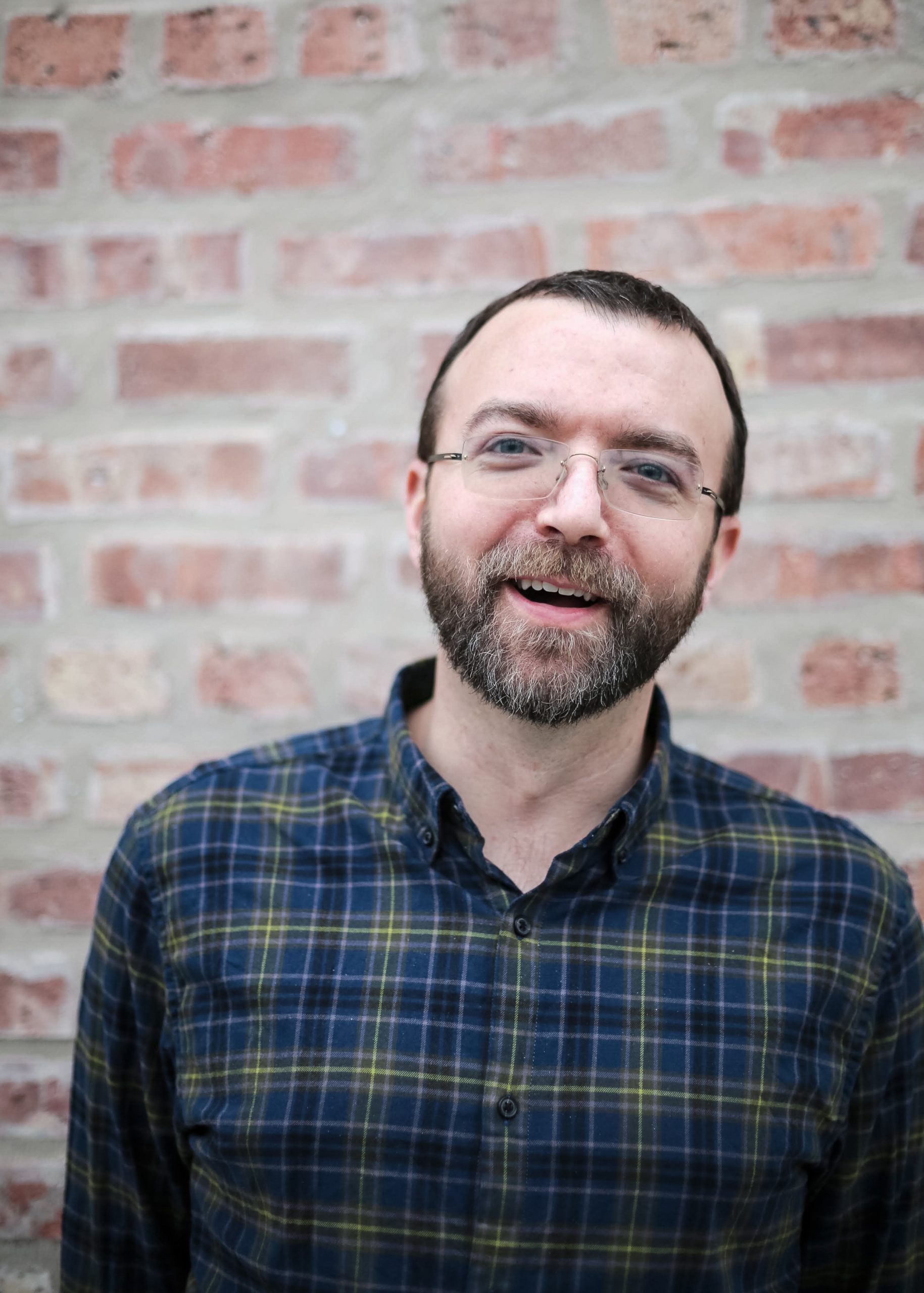 He/Him
Mark is convinced the perfect pint is best paired with live music and great friends. A third-generation Chicago native, Mark and his wife Amanda moved to Denver, Colorado in 2009 where he had a day job in operations management, perfecting the art of customer service and moonlighted as a homebrewer. He became obsessed with perfecting unique and delicious beer recipes in his nerdy, custom built mini-brewery.

During his eight years in Denver, Mark’s passion for home brewing grew and after advancing to the final rounds of the 2013 and 2015 National Homebrew Competition, Mark and Amanda agreed it was time to see the dream of On Tour Brewing become a reality. Together, they packed up their belongings and drove from Denver to Chicago to build his vision of a place where people can take a break and press pause over a cold, flavorful pint.

When Mark isn’t obsessing over every detail of developing the On Tour experience he loves to spend time with Amanda and their three boys, travel to new places, see live music, play golf and disc golf, ski, hike, camp. Naturally, he incorporates sampling new beers into every activity along the way. 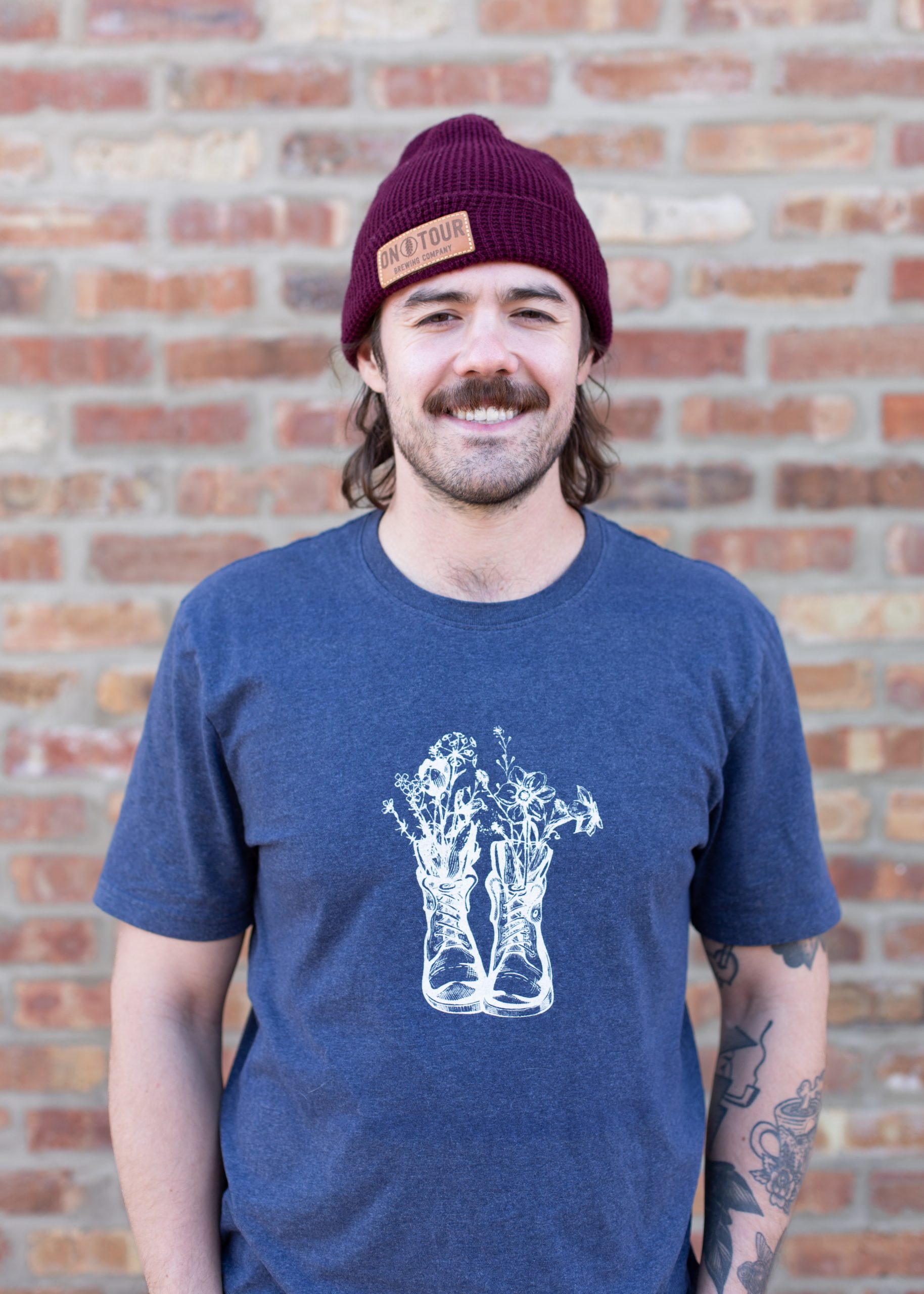 He/Him
Brad Bergeron came to On Tour to serve good tasting beer to thirsty people. He’s always willing to help in anyway he can and happy to answer any beer questions you throw his way. Brad really is a sponge. Though he’s never brewed it, he is constantly looking to learn more about beer and it shows in his enthusiasm behind the bar. As for his beer taste, he’s a dark beer dude. In his own words, “put a nice Stout or Porter in front of me and watch me down it like a lite beer at a White Soxs game.” Our Doppelbock, Spectator, does the trick for him.

Brad can get behind any music that you can dance too. Stomping and Hollerin’ is the random music genre Spotify made up and also his #1 played genre. His music happy place is Mumford, Lumineers, Caamp, Hozier, Mt. Joy, Lake Street Drive and Orville Peck.

When it comes to getting outdoors, Brad’s a pro! He spent 50 days on the road last summer hitting most states, hiking a ton and sleeping in national parks. 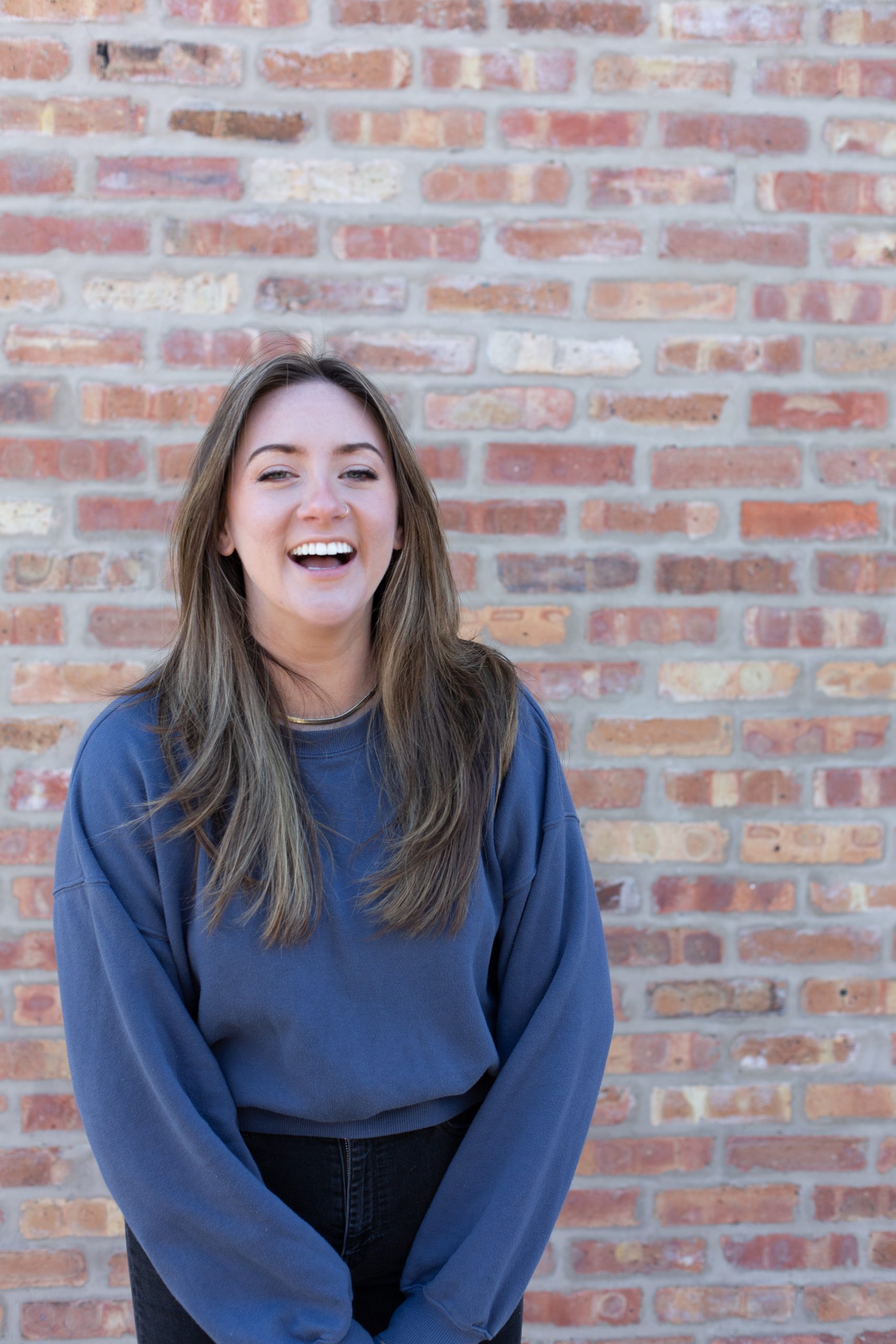 She/Her
At this point, Caeli Thoma has butt her way into nearly every facet of On Tour’s operation outside of making the beer. She’ll leave that to the pros, for now. She describes her relationship with craft beer as a love affair that’s far greater than one she’ll ever have with any human. You might say that a career in beer runs in her family — her grandpa drove a Hamms truck back in the day and she’s got cousins working in about half the breweries in the Chicagoland area. Caeli’s favorite On Tour beer is North Ontario. She just can’t say no to a solid Golden Ale and a Neil Young reference.

A fun fact about Caeli is that she has impressively bad taste in music. Seriously, she’s seen both Ryan Cabrera and Avril Lavigne in concert on purpose. Most days though, you can find her dancing to ABBA, scream-singing to Celine Dion or blaring Springsteen.

Caeli is a big fan of a long hike and dragging her friends camping every chance she gets. Anywhere she can get a good lifestyle pic of an OT beer is where you’ll find her enjoying a beer outdoors. Feel free to blame her for most, if not all, dad jokes posted on On Tour’s social media accounts. 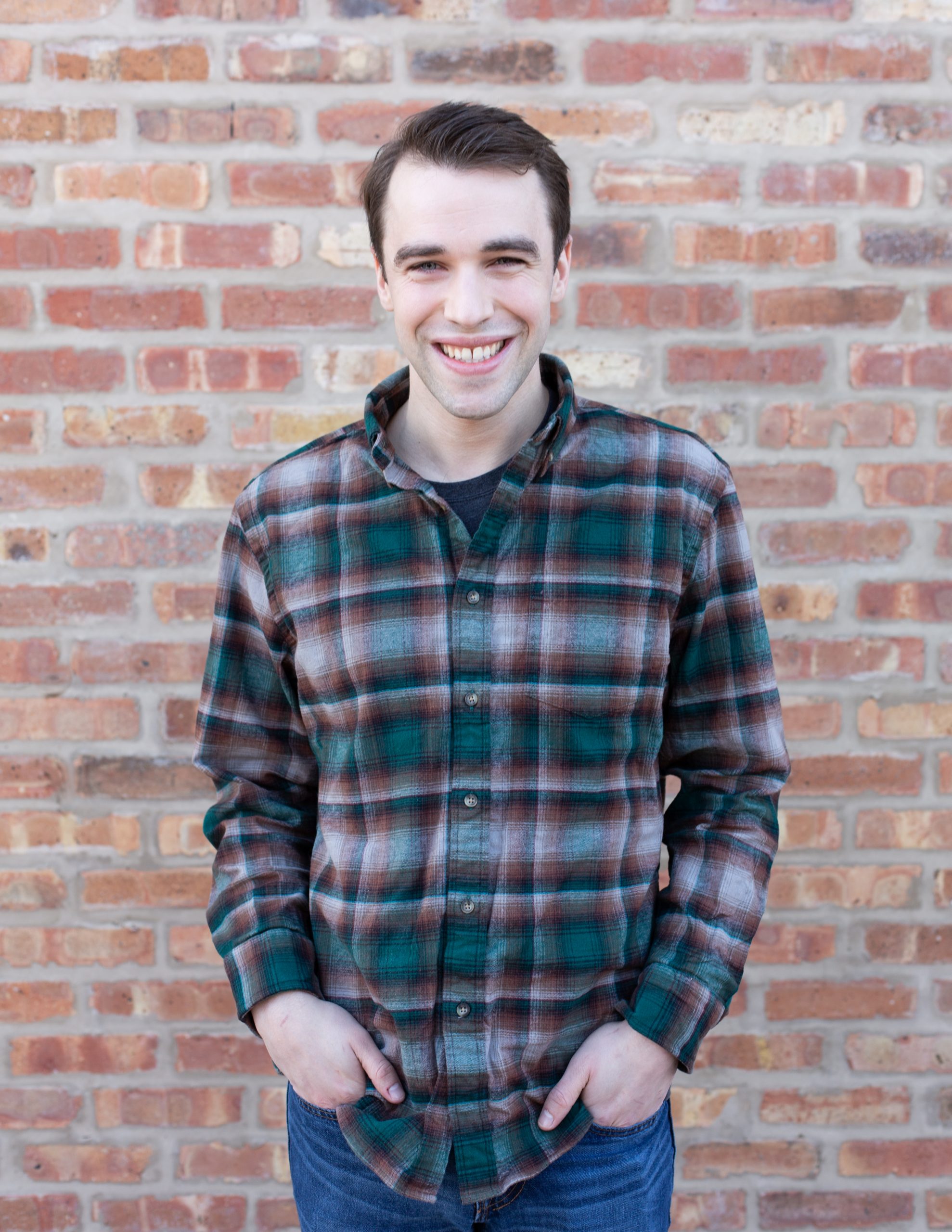 He/Him
Colin Lamb will guide you to the beer of your dreams. His impressive beer knowledge comes from being both a casual homebrewer who enjoys the destination more than the process (lol) and a world traveler who discovers the new places through his taste buds. His current favorite OT beer is Reprise, because, as he says, “who doesn’t love the taste of a pine tree!”

Most days, you’ll catch Colin listening to Indie-pop because “sometimes you just wanna cry”. Please note, though, he does NOT cry.

Colin just plain loves being outdoors with friends. Whether that be camping, hiking, or drinking beers. 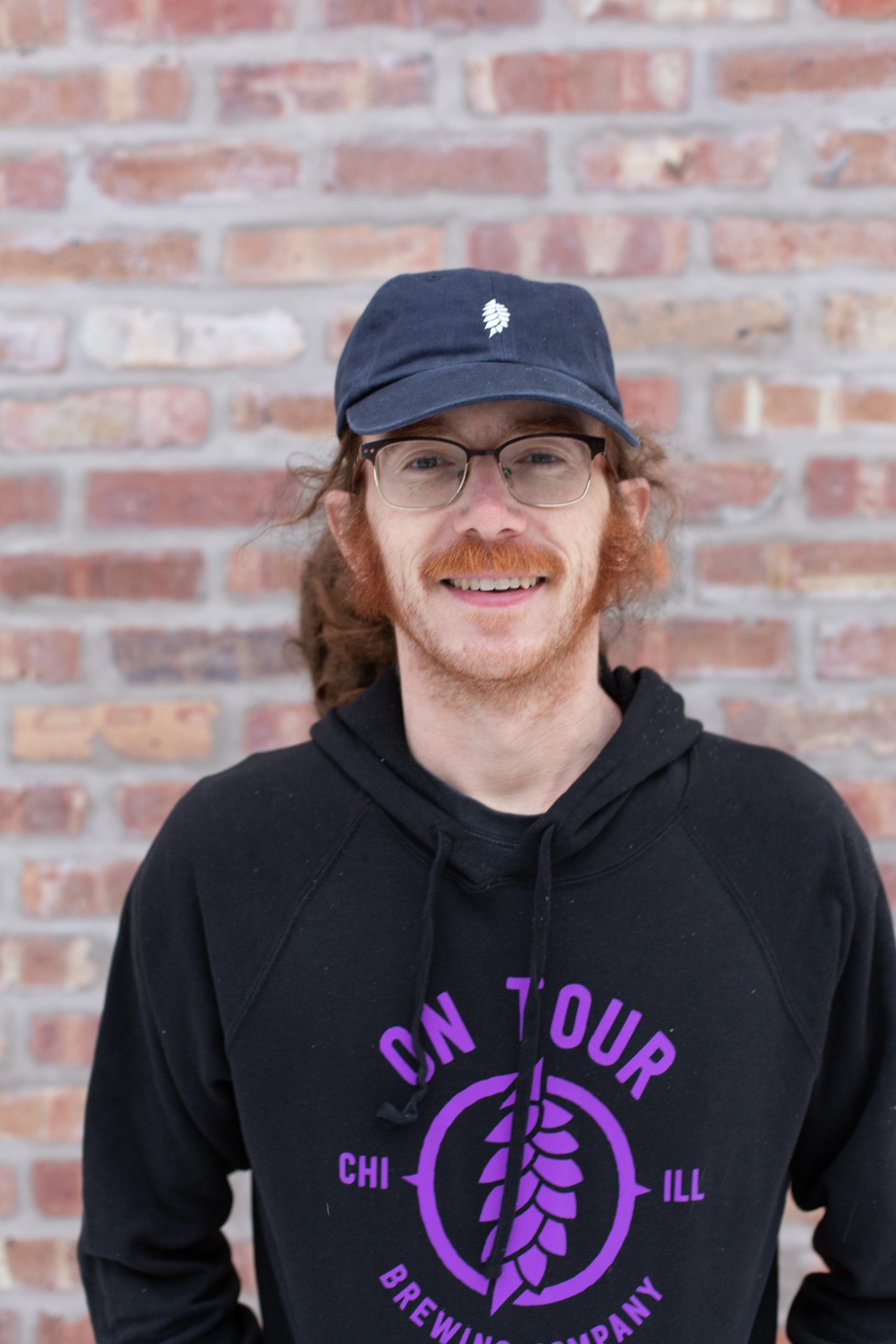 He/Him
Dave Campbell came to On Tour from Lagunitas Brewing Co. and brings some seriously valuable experience to the team. When he’s not brewing, you can find Dave making all natural, hand made, artisanal soaps as the Collective Energy Optimizer for Golden Heart Soap Co. You might even recognize him from the On Tour stage as he’s graced us with many a Grateful Dead cover. This triple threat’s favorite OT beer is Lightning Will for it’s “crisp and refreshing quality at the end of a long work day”.

He’s offered, unsolicited, that his favorite color is blue and his first pet was a Dalmatian named Hank. 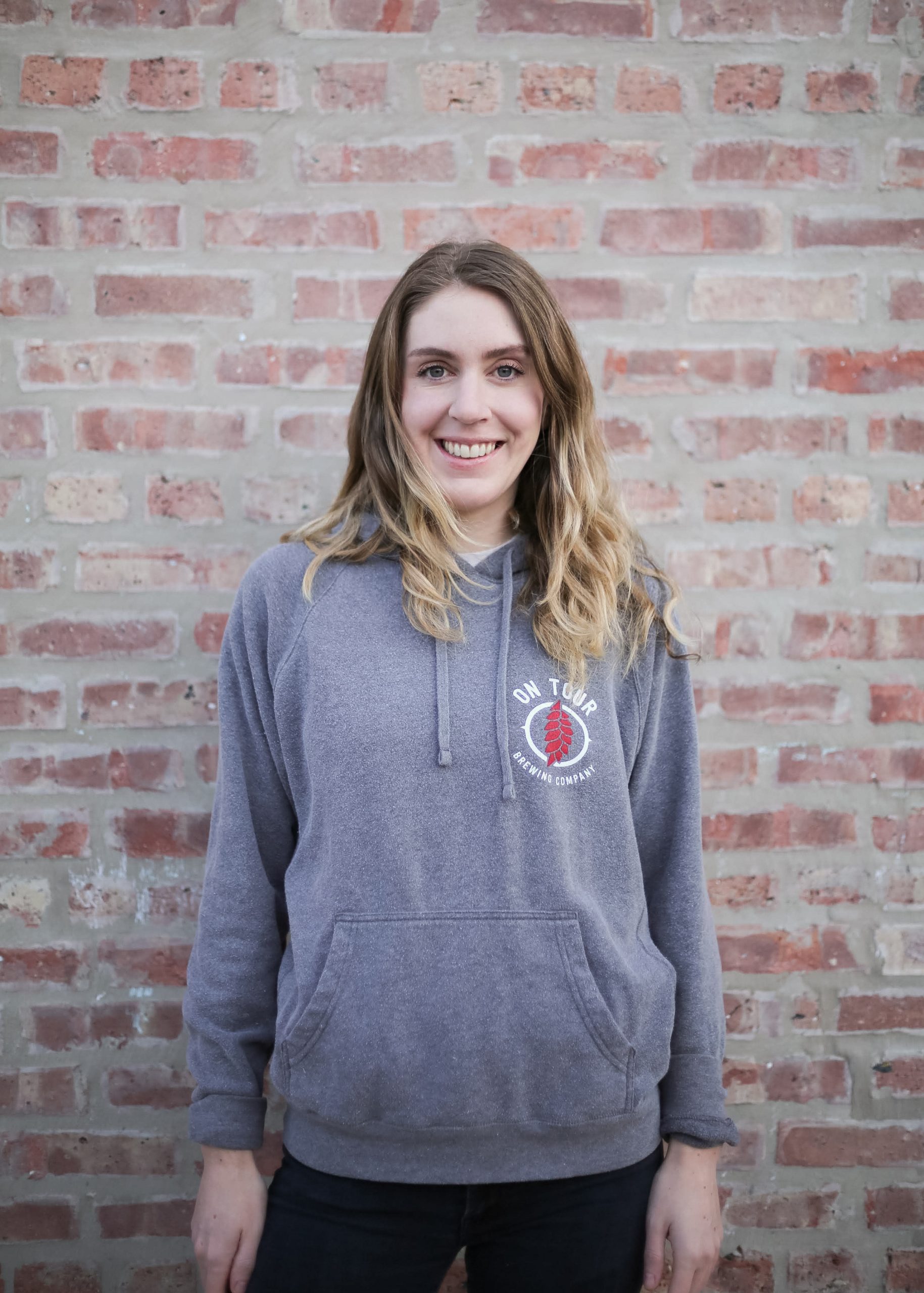 She/Her
Emma Campbell will always serve your beer with a smile on her face. She is always down to help out when she’s not in school! A seasonal tasting room staff member, Emma works full time as a high school Spanish teacher. She’s doing the good work. When she’s on the hunt for something new, Emma always opts for supporting local beers and breweries. Her favorite On Tour beer is our signature West Coast Style IPA Reprise. Though you may not see her behind the bar often, Emma has been on the OT crew the longest! 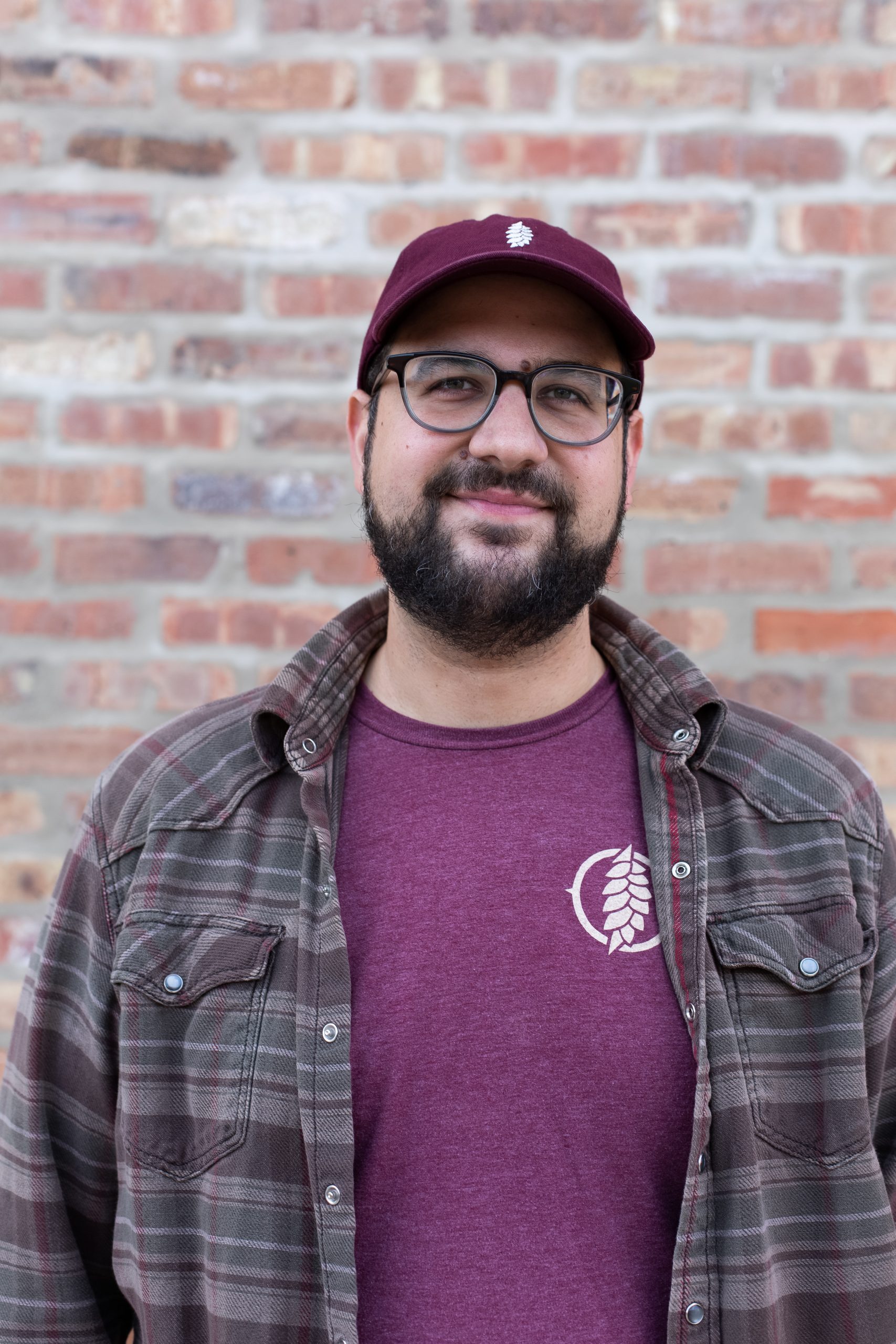 He/Him
Simply put, Eric Mott adds the bubbles, fills the kegs, loads the trucks and brings balance to the force. We would be screwed without him. Eric’s first alcoholic beverage was craft beer, and he’s loved it ever since. An avid homebrewer, he started in 2011 and has always kept craft beer as his first hobby. He’s worked in beer retail and service for a decade and is super excited to get to be on the production side of things now. Spectator Doppelbock is his go-to On Tour beer. Back when he was just a customer, Spectator was the first On Tour beer he tried and he loved it.

As far as music goes, pop punk and hip-hop are his first loves. When Eric gets a hold of the aux chord you can expect to hear The Menzingers, The Lawrence Arms, Sincere Engineer, Dead Prez, Wu Tang and Run the Jewels to name a few.

Eric qualifies his favorite outdoor activities as whatever he can do with a beer in his hand. Camping, bike rides around the city (impressive beer-in-hand) and day trips out to nature.

The only sport Eric follows is skateboarding and he enjoys cocktails almost as much as he likes beer. He didn’t offer that he’s a master booze infuser and an excellent gift-giver, but the OT team would like you to know he’s also both those things. 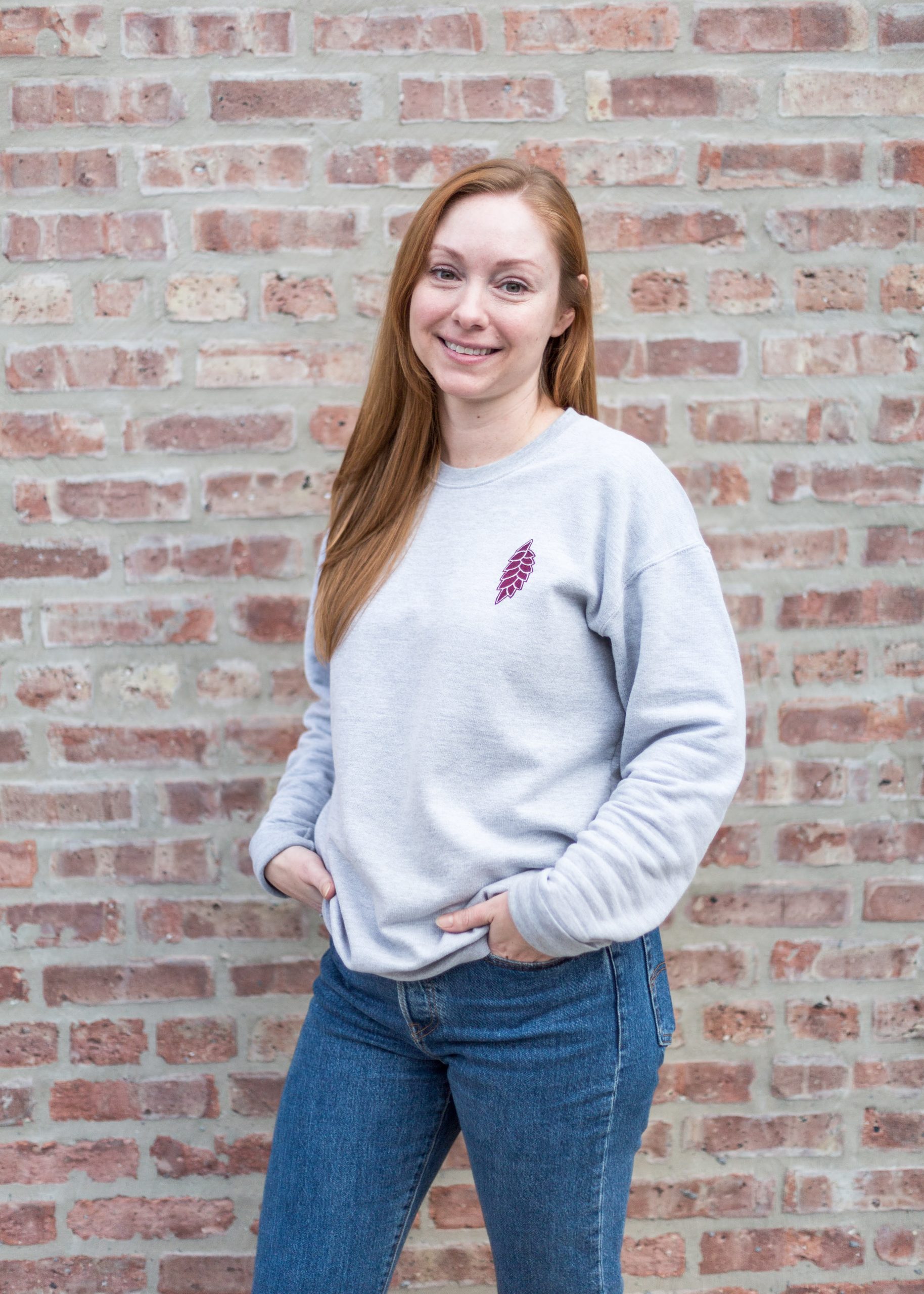 She/Her
If you’ve been to On Tour, you’ve no doubt been served a beer by Kim Mills. Kim keeps the tasting room humming. She brings an incredible amount of experience to the team as she’s been working in the restaurant industry since she was 15. She is not only passionate about beer, but also the Chicago food scene. Fun fact: she went to culinary school before joining the On Tour crew. She’s been on a fruited beer kick lately so her favorite OT beer is easily Contigo, our Cherry Lager.

When it comes to the great outdoors, Kim opts for long walks and bike rides.

Honestly, Kim surprises us everyday. Most recently, when she casually dropped that she’s a certified EKG tech.

Stay On Tour with us!

Be the first to know about new beer releases, special events, and more!